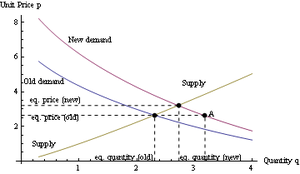 Empirical evidence for the existence of Giffen goods is weak.